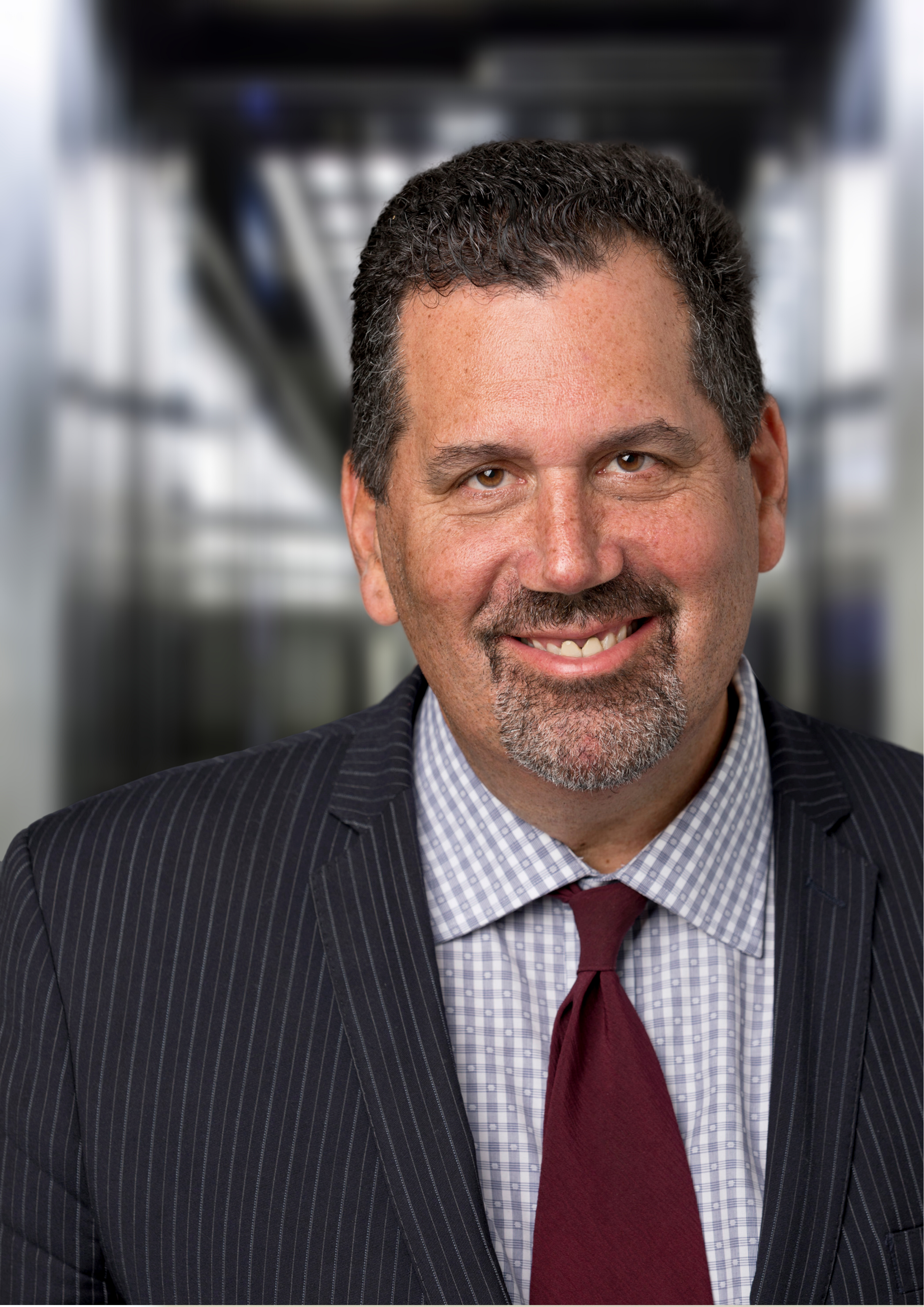 Prior to joining the firm in 2018, Dr. Berens was an Executive Director and Senior Biotechnology Research Analyst at Morgan Stanley focusing on mid and small cap biotechnology companies. Dr. Berens practiced as an emergency medicine physician for a decade before starting his career in equity research. He also worked in the pharma industry at Ikaria Pharmaceuticals, where he was a Senior Director in business development, leading search and development efforts.

In 2017 he was named a Runner Up in Institutional Investor’s 2017 All–America Research Team for Biotechnology/Mid- & Small-Cap.

Jonathan Chang, Ph.D., CFA, is a Senior Research Analyst at SVB Securities covering Emerging Oncology. Dr. Chang has been an important contributor to the firm’s biotechnology research product and insights.

Dr. Chang joined the firm in 2013 as an Associate supporting the firm’s senior oncology biotechnology research team and in 2016 he assumed research coverage of several important emerging biotechnology companies. 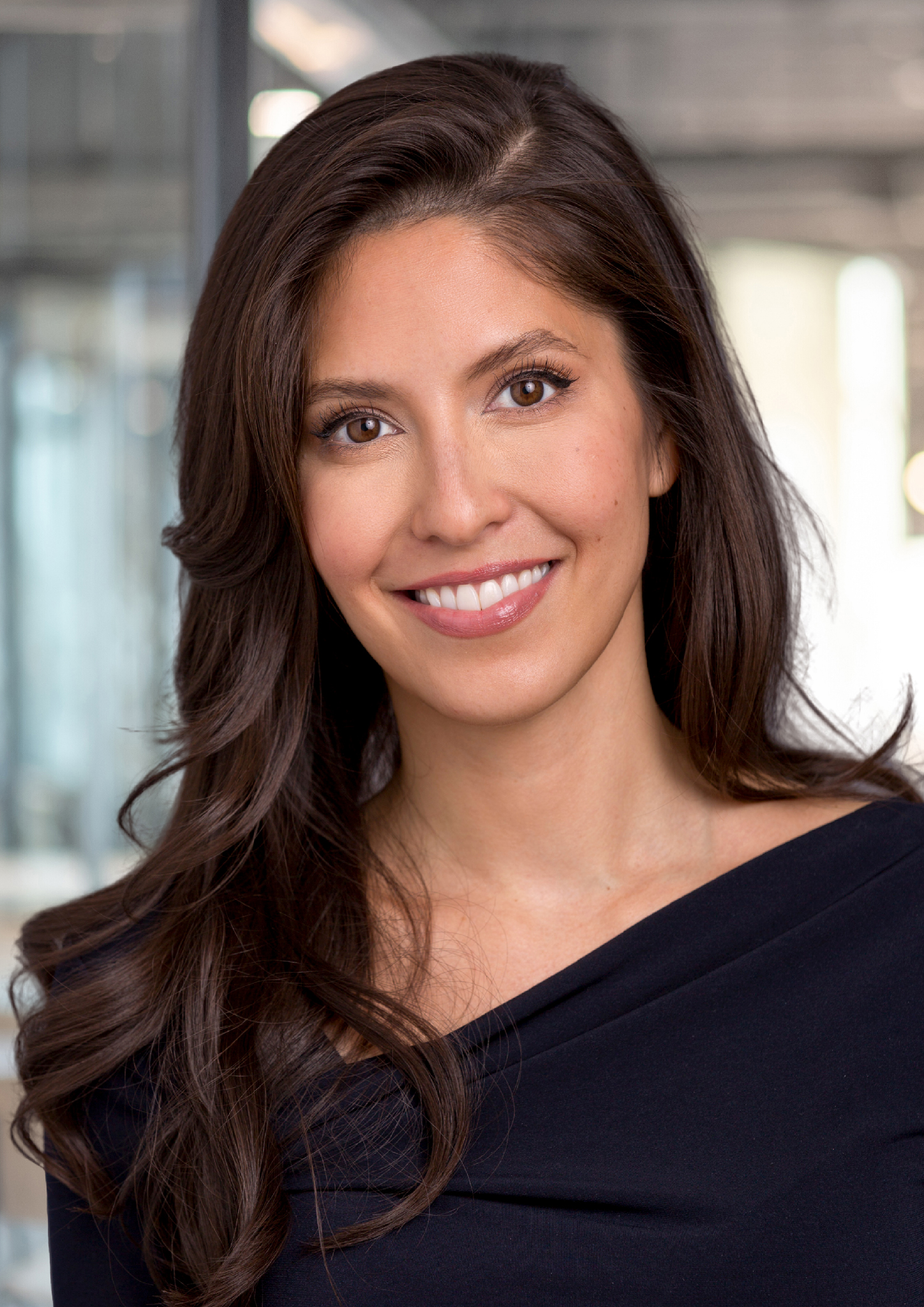 Stephanie Davis is a Senior Research Analyst at SVB Securities covering Healthcare Technology and Distribution. She has over a decade of experience covering the Healthcare IT and IT Services sectors and leads the firm’s digital health research efforts.

Prior to joining the firm, Ms. Davis worked at Citibank where she led coverage for the Healthcare IT sector, including the electronic health record companies, payer-facing and provider-facing IT players. Before Citi, Ms. Davis was an Equity Research Analyst at J.P. Morgan and, earlier in her career, was an Investment Banking Analyst at Sonenshine Partners.

In 2019, Ms. Davis was recognized as a Runner-Up for Health Care Technology and Distribution on Institutional Investor’s All America Research Team and was included in Business Insider’s “Rising Stars of Equity Research” in 2017.

Ms. Davis earned a B.A. in Economics and Mathematics from Columbia University and is a CFA charterholder. 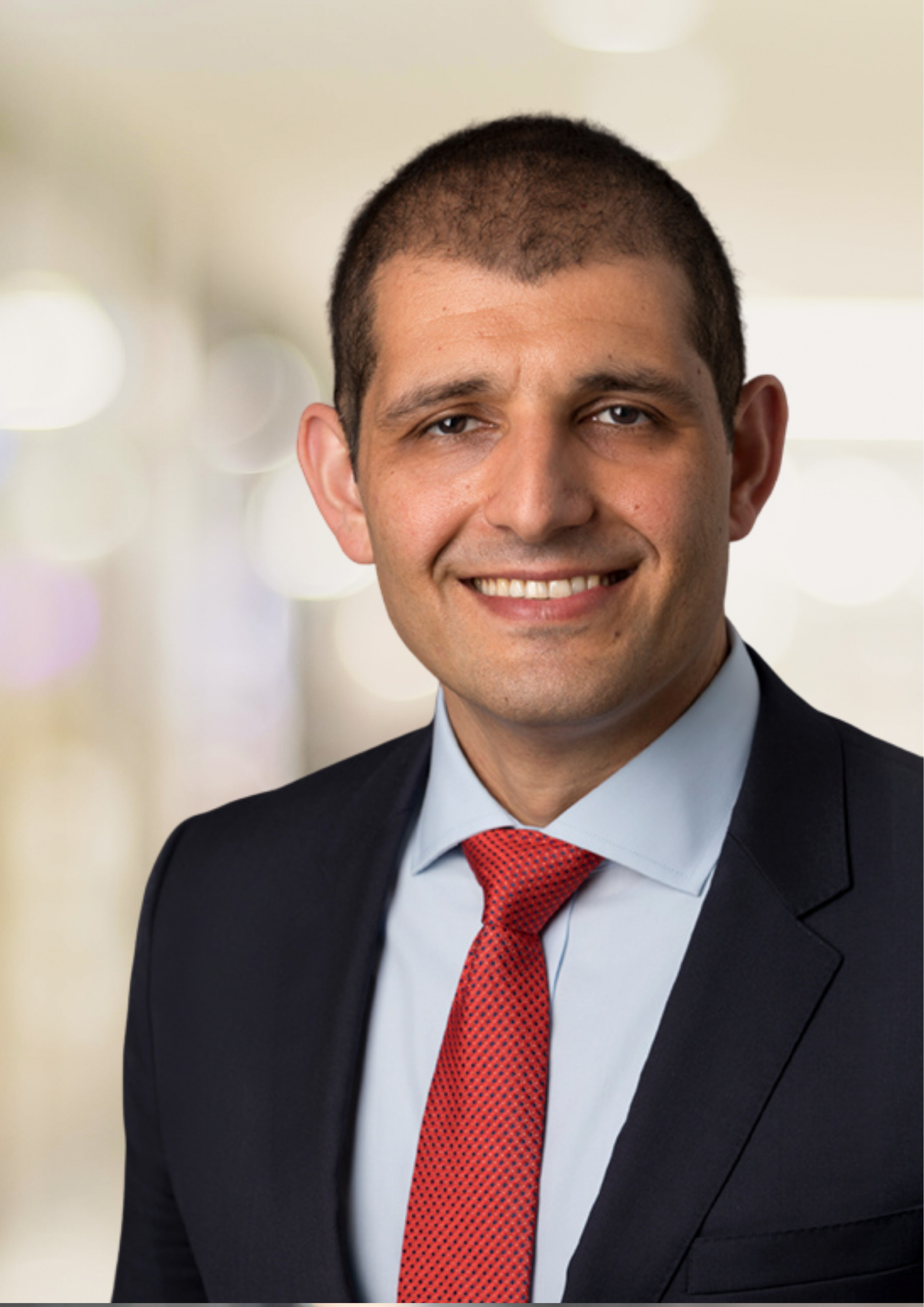 Mani Foroohar, M.D., is a Senior Research Analyst within our Therapeutics team focusing on Genetic Medicines.

Dr. Foroohar joins SVB Securities from Aptigon Capital, a Citadel Company, where he most recently was a Therapeutics Analyst focused on U.S. and EU biotechnology, major pharmaceuticals and specialty pharmaceuticals sectors. Prior to Aptigon, Dr. Foroohar was an Analyst at Green Owl Capital Management and an Assistant Vice President of Equity Research at Barclays. In 2013, Dr. Foroohar co-founded Cellanyx Diagnostics, a company developing a proprietary live tumor cell, phenotypic platform for precision risk stratification in cancer to inform clinical treatment decision making.

Dr. Foroohar holds an M.D. from Stanford, where he was a Howard Hughes Medical Institute Research Fellow in the Department of Genetics, M.B.A. from Columbia, and a B.S. from UCLA. 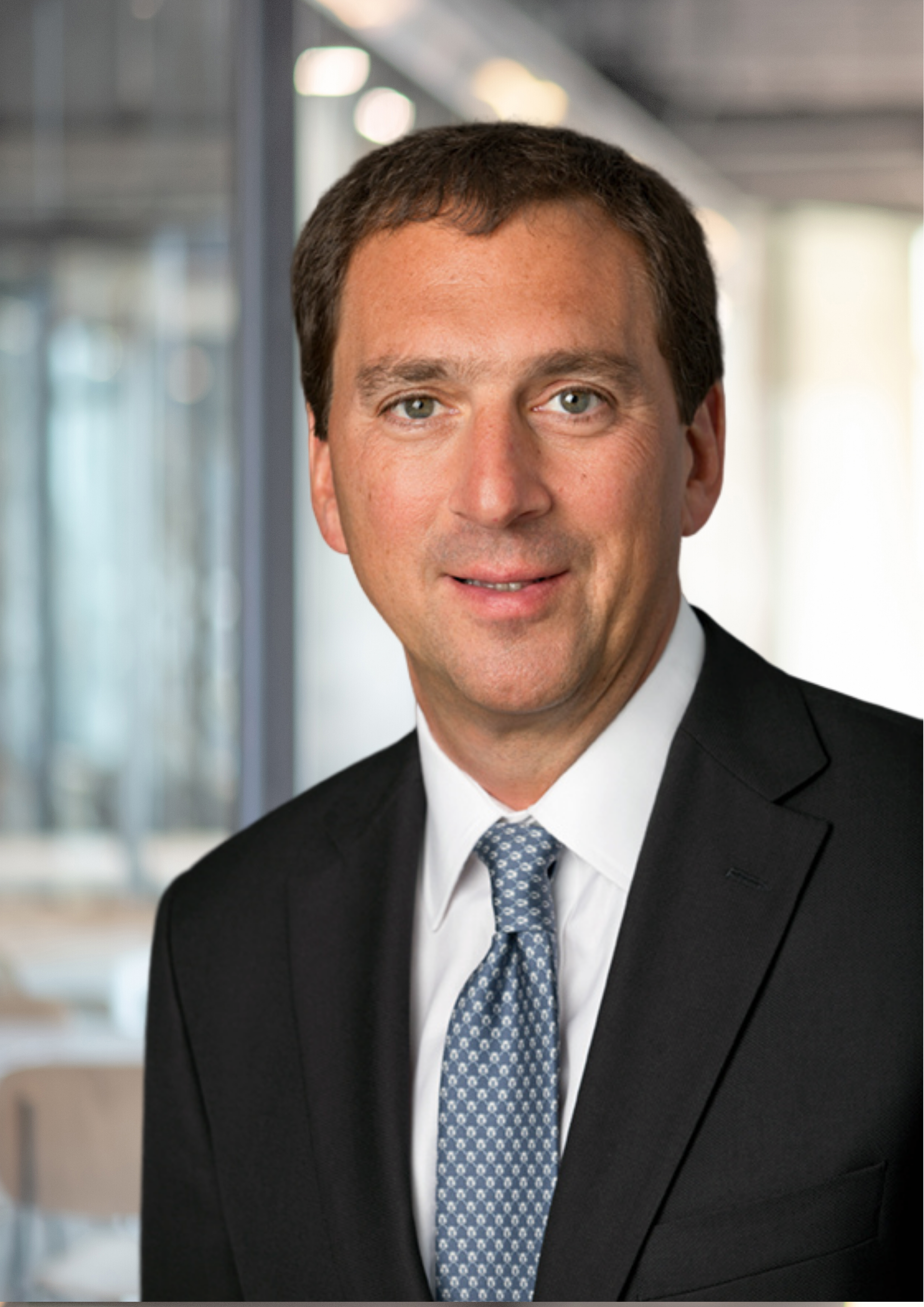 Prior to joining the firm in 2018, Mr. Goodman was most recently a Managing Director and U.S. Healthcare Analyst at UBS Investment Bank where he focused on large-cap and specialty pharmaceuticals sectors. Prior to UBS, Mr. Goodman covered specialty pharmaceuticals and generics sectors for over 15 years as a Managing Director at Crédit Suisse AG and as an Executive Director at Morgan Stanley.

Mr. Goodman has been ranked by Institutional Investor as a top analyst in Specialty Pharmaceuticals for well over a decade and has also expanded his coverage and interests into global and emerging biopharmaceutical companies in recent years.

Mr. Goodman earned his M.B.A. from The Ohio State University and his B.A. in Economics from Tufts University. 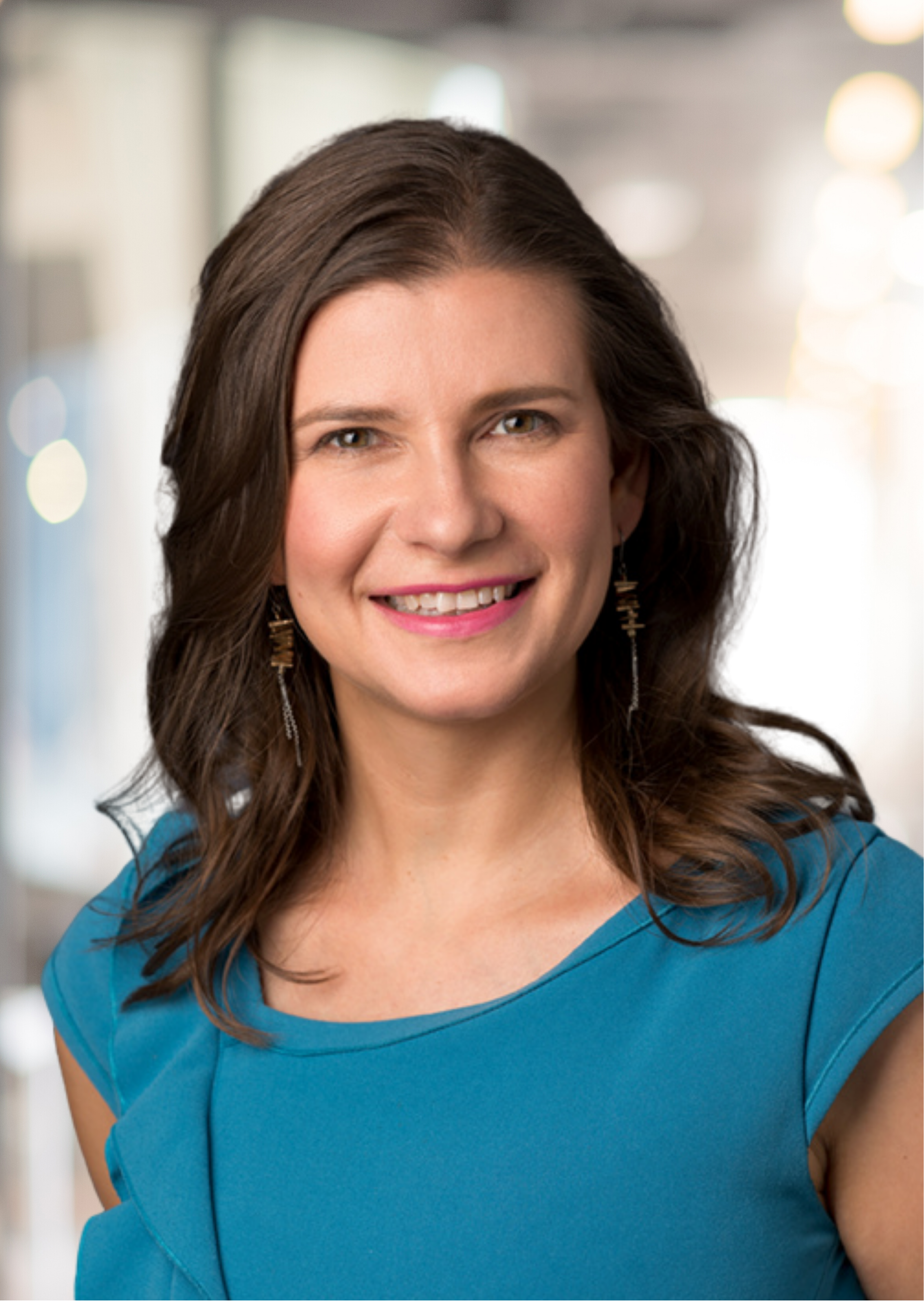 Prior to joining the firm in 2018, Dr. Graybosch worked at McKinsey & Company as a Senior Expert and Head of Mckinsey’s Center for Asset Optimization, as well as the U.S. Head of the McKinsey Cancer Center. In these roles, Dr. Graybosch developed several McKinsey solutions that bring data and advanced analytics to pharmaceutical development decisions. In her 11 years at McKinsey, Dr. Graybosch developed a rich understanding of oncology through her work with companies across the value chain, including Pharmaceutical, Diagnostic, Academic Medical Center, and Genomic/Data.

Dr. Graybosch earned a Ph.D. in Chemistry and Chemical Biology from Harvard University and dual B.S. degrees in Biology and Chemistry from the University of Utah. 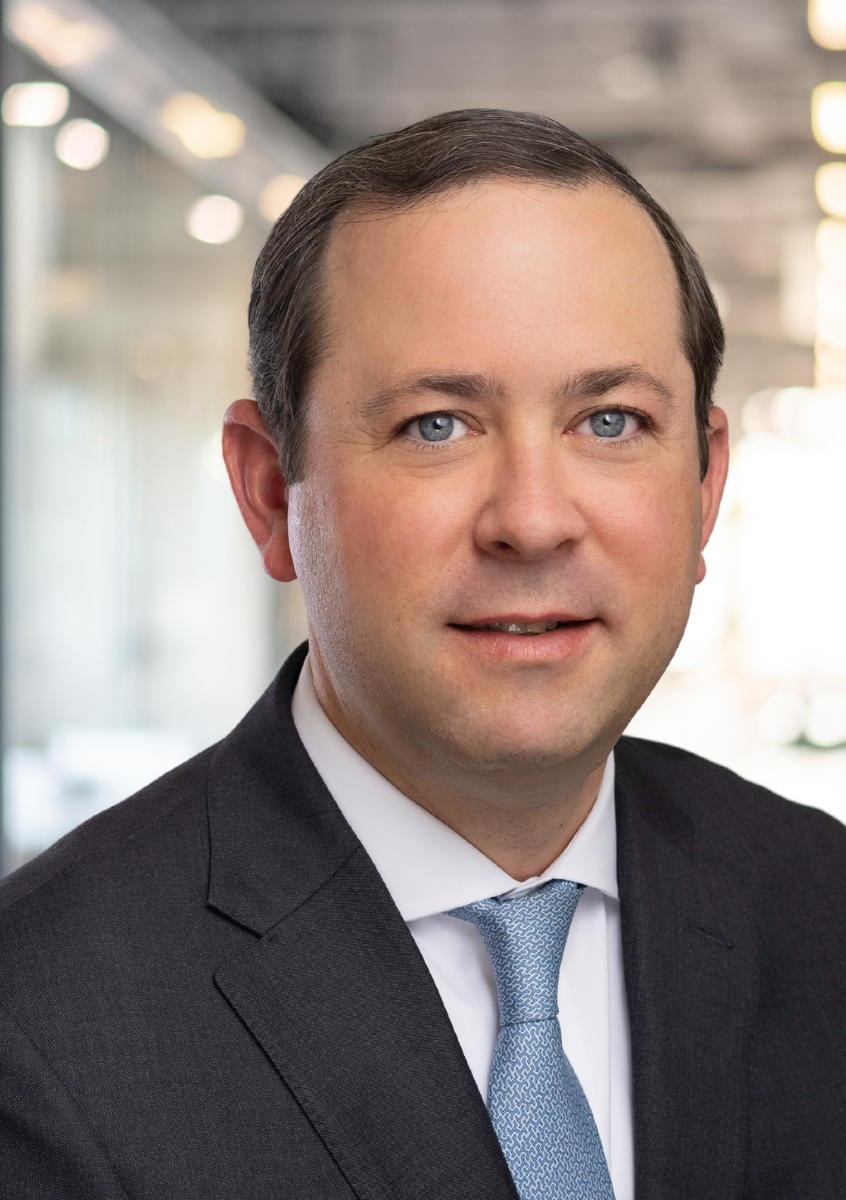 Mr. Mayo joined the firm in 2021 from UBS, where he most recently served as Managing Director. Prior to that, he covered the sector at Baird and Stephens, Inc.

In 2020 he was ranked in Institutional Investor’s All-America Research Team within the Health Care Facilities & Managed Care category.

He earned his Bachelor of Arts in Economics at Sewanee, The University of the South. 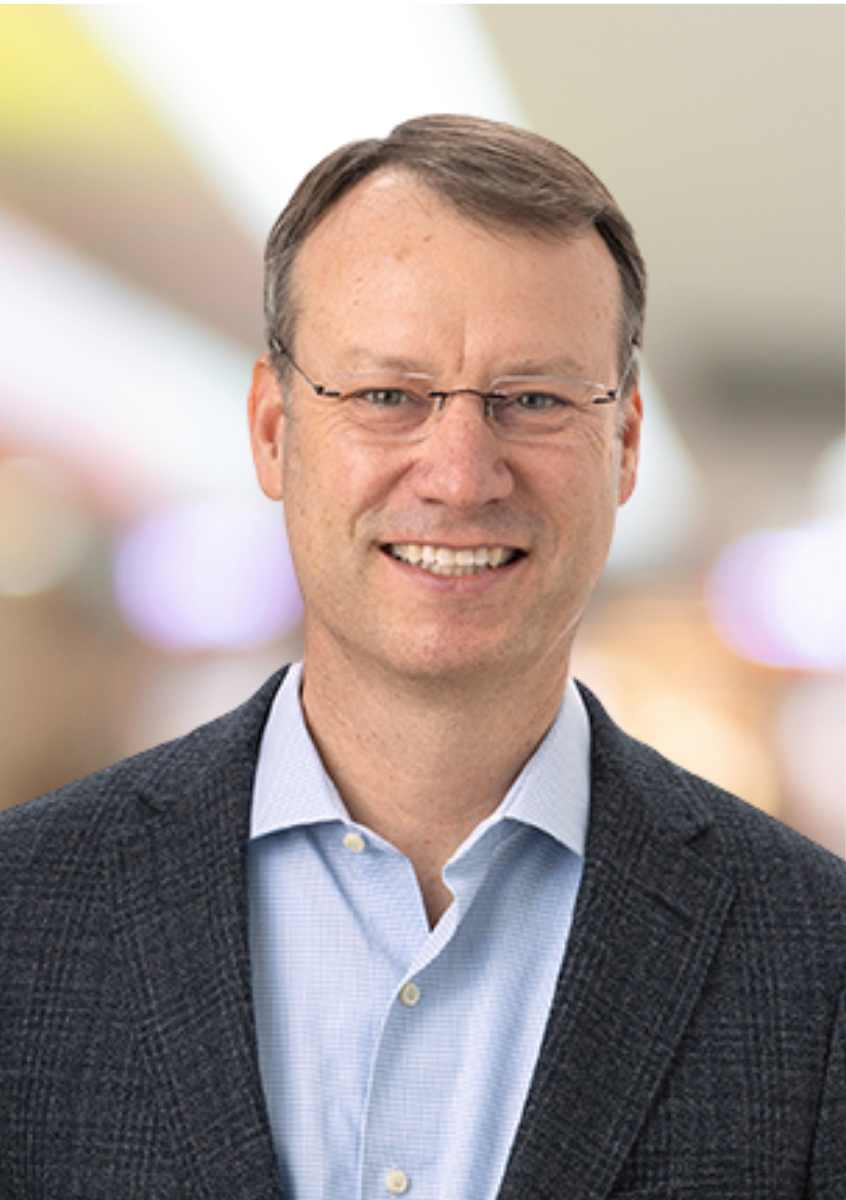 Mr. Risinger earned his Bachelor of Arts in Political Science from Bucknell University and holds the Chartered Financial Analyst designation. 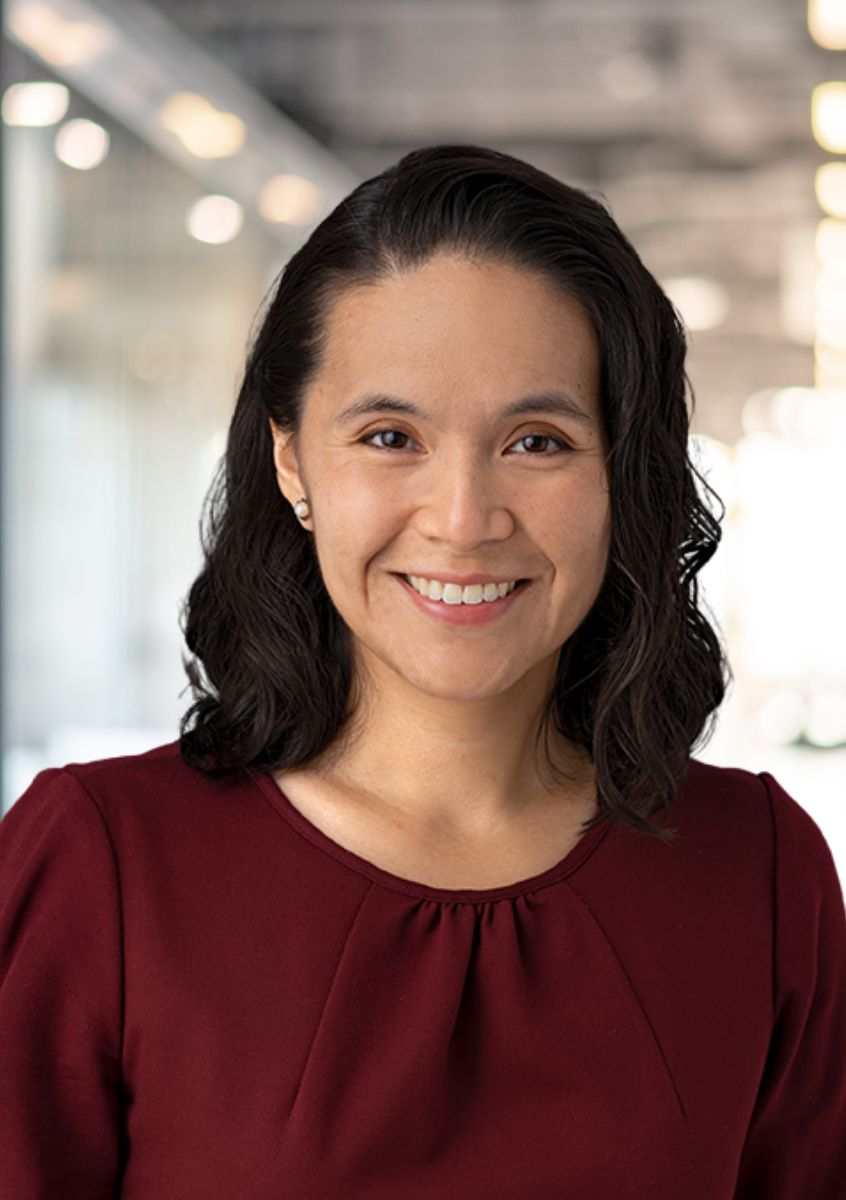 Roanna Ruiz, Ph.D., is a Senior Research Analyst at SVB Securities covering Infectious Disease, Endocrine and Cardiovascular Disorders (IDECV). Dr. Ruiz excels in quality of research, depth of insights and understanding, and the service provided to the firm’s internal and external clients. Prior to covering the IDECV sectors, Dr. Ruiz was a core member of SVB Securities’s Neuroscience team helping to deliver science-forward and deep-dive fundamental research to clients.

Dr. Ruiz earned a Ph.D. in Biomedical Engineering from Cornell University, and a B.S. in Engineering Sciences from Harvard University. 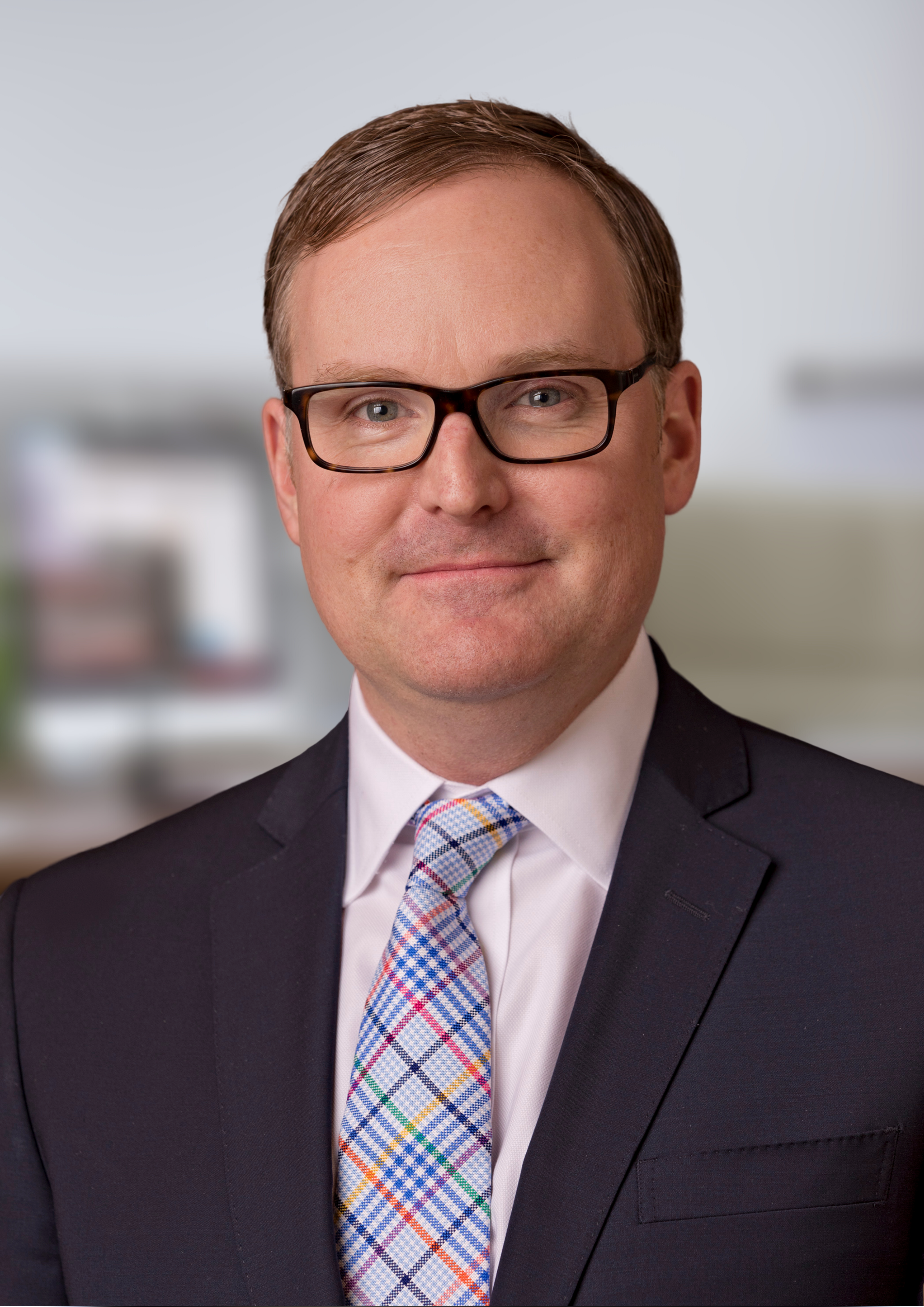 Prior to joining the firm in 2003, Mr. Schwartz provided economic and strategic consulting services to biotechnology and pharmaceutical companies with Charles River Associates. Earlier in his career, Mr. Schwartz held equity research positions at SG Cowen, State Street Research, and J.P. Morgan, where he analyzed the fundamental performance drivers of investments in the health care, retail, consumer, media, and entertainment sectors.

Mr. Schwartz was named #1 Stock Picker for Pharmaceuticals in the 2011 FT/StarMine Analyst Awards. In 2010, he earned the Wall Street Journal’s #1 ranking for biotech stock picking as part of its “Best on the Street” analysts survey, which topped his #2 ranking in the Journal’s 2008 “Best on the Street” rankings.

Mr. Schwartz earned an M.B.A. from Babson College and a B.A. in Economics from Colby College. 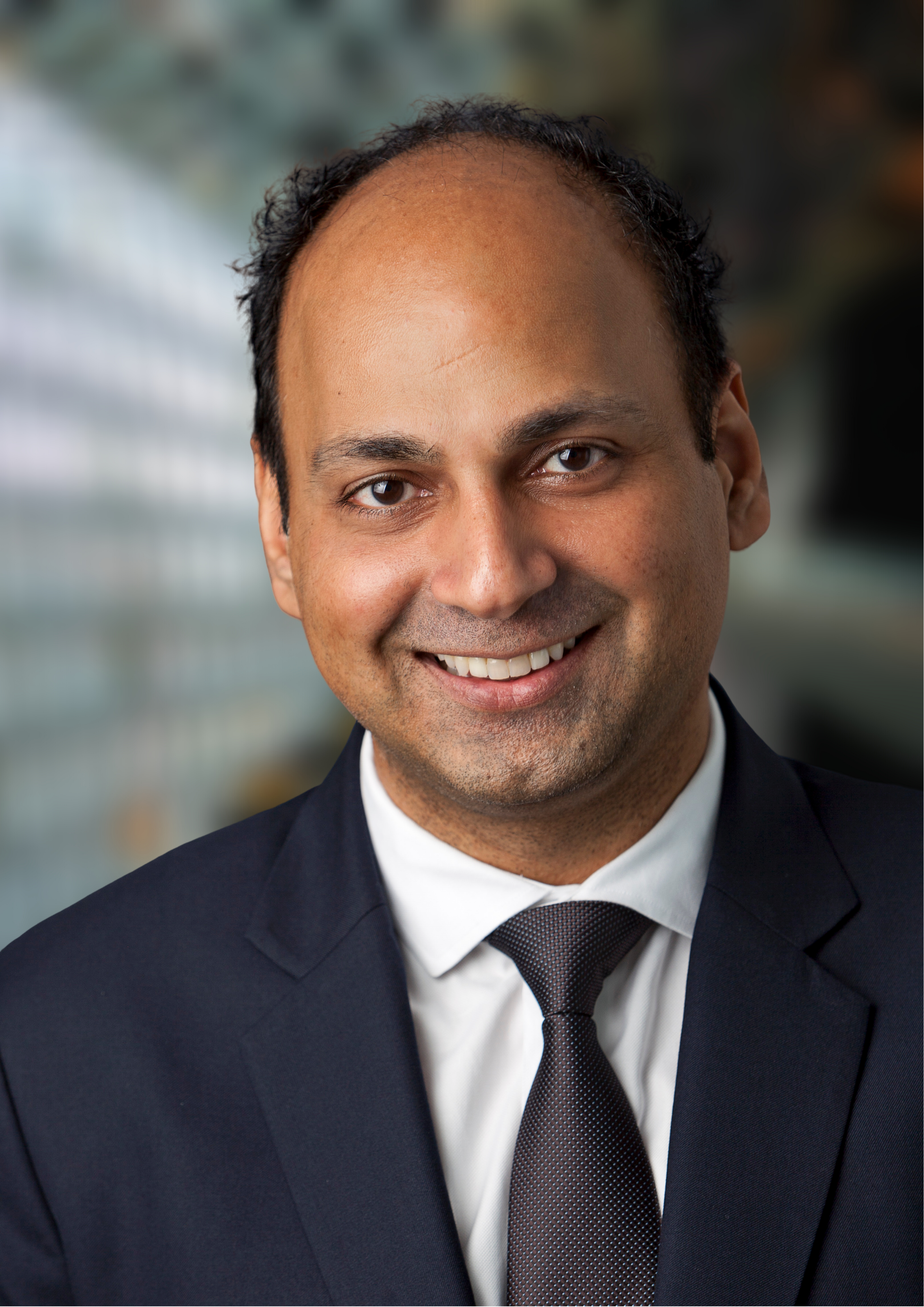 Prior to joining the firm in 2014, Mr. Souda was a Senior Associate at Citigroup covering Medical Devices. Before joining Wall Street, Mr. Souda spent over a decade in core and basic research labs at UCLA and Purdue University. In this work, he was a customer and collaborator of many Life Science Tools and Diagnostic companies. Mr. Souda has direct experience in the acquisition, management, and utilization of many life sciences technologies for molecular analysis and diagnostics. He has co-authored over 45 peer-reviewed scientific papers and has built an extensive network of colleagues and collaborators among academic lab researchers and Life Science Tools suppliers.

Mr. Souda earned an M.B.A. from University of California-San Diego, and undertook graduate study in biotechnology and earned a B.A. in Biology from Purdue University. 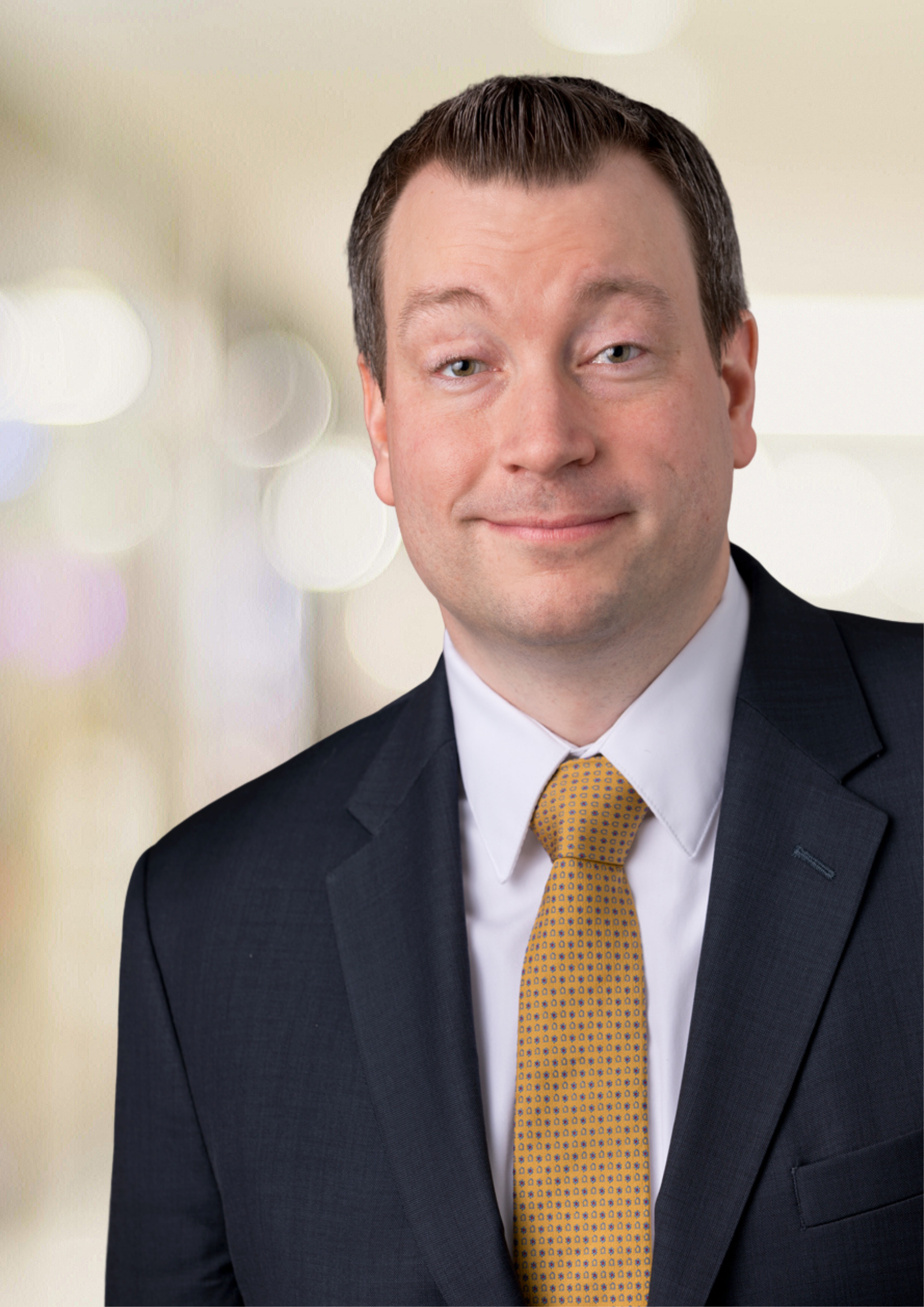 Prior to joining the firm in 2018, Mr. Smith was most recently a Vice President and Research Analyst at Morgan Stanley, covering leading and emerging biopharmaceutical companies across numerous therapeutic areas, including oncology, NASH, and lead coverage of women’s health companies. Prior to that, Mr. Smith worked at FBR Capital Markets on the biotechnology team, responsible for coverage of large, mid-, and small cap companies. Mr. Smith began his career at Bloomberg where he held roles of increasing responsibility, including coverage of the biotech and specialty pharmaceutical sectors for Bloomberg Intelligence.

Mr. Smith earned his B.S. in Finance and Psychology from The College of New Jersey. 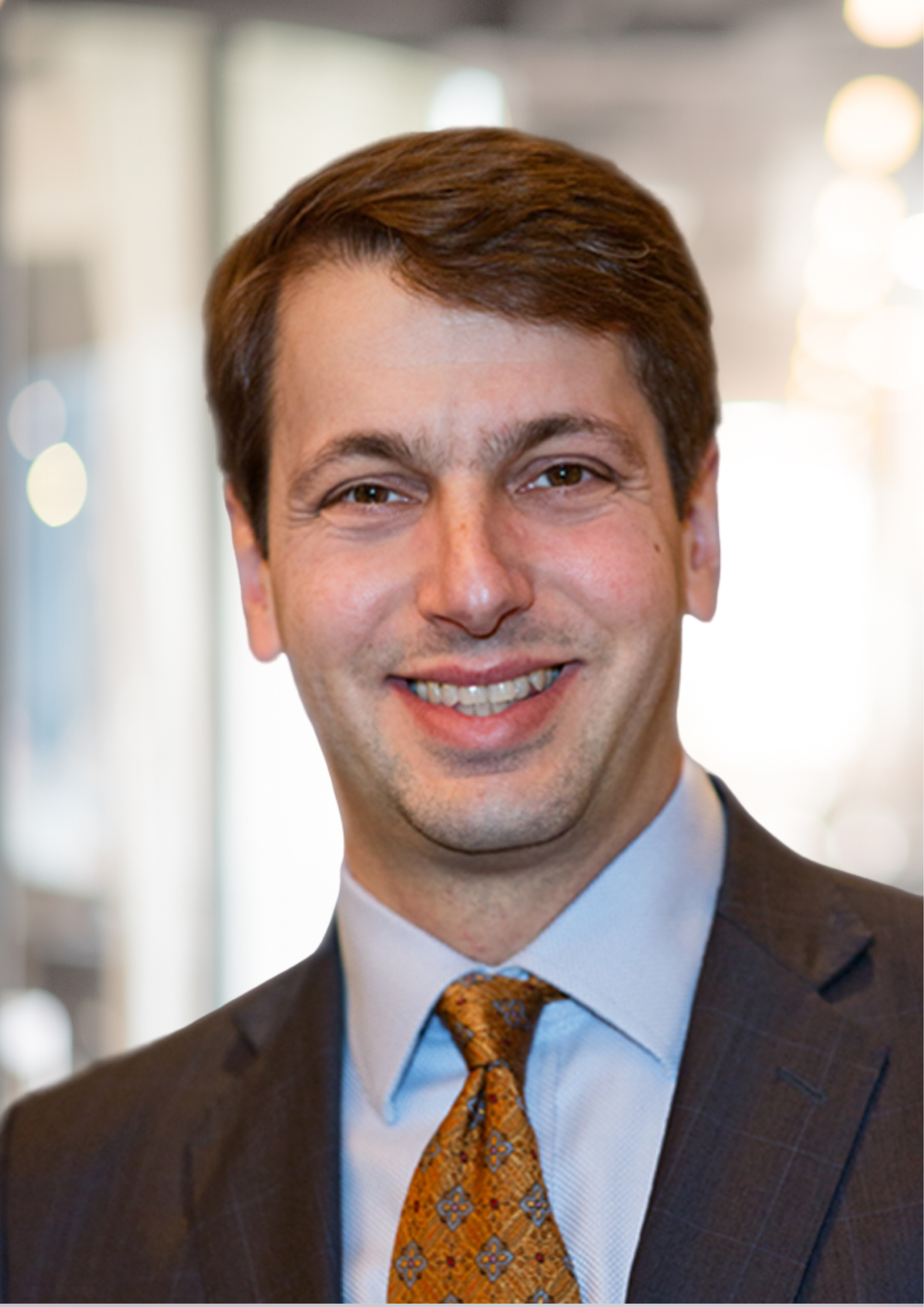 Prior to joining SVB Securities in 2015, Mr. Kelly worked at Credit Suisse, where he served in research management as an Associate Director of Equity Research in New York and was responsible for leading key, strategic initiatives in research product and process development. Prior to his ADOR role at Credit Suisse, Mr. Kelly spent 13 years in Equity Research covering the US Pharmaceuticals industry for Lehman Brothers, Goldman Sachs and Credit Suisse First Boston.

Mr. Kelly received his M.B.A. from Columbia Business School and earned his B.S. in Mechanical Engineering from Lehigh University.  Mr. Kelly also serves on the board of the Lehigh Business School Dean’s Advisory Council. 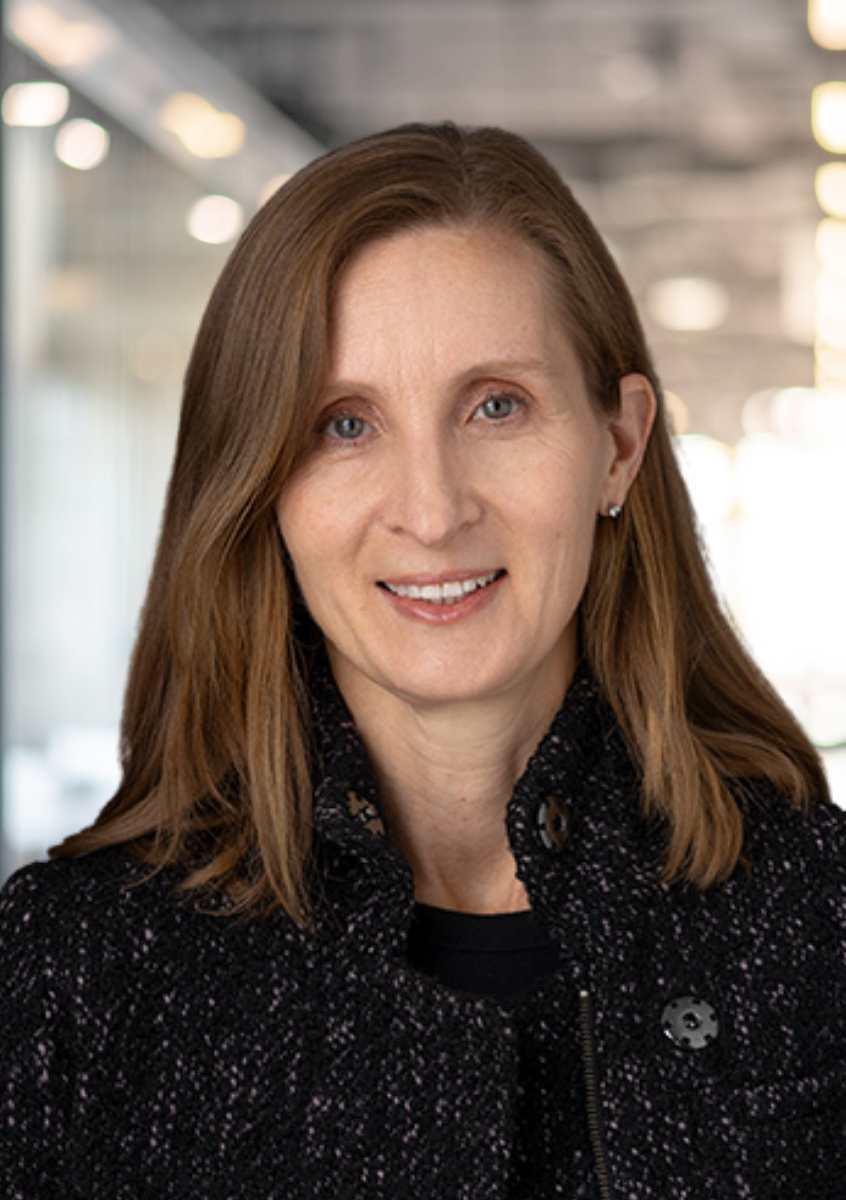 Julia Belladonna is a Managing Director, Associate Director of Research at SVB Securities.

Julia joined the firm in 2021 from Credit Suisse where she spent 20+ years in a variety of roles, most recently as the COO of Global Economics for their Institutional client & Private Wealth Management businesses. She brings over two decades of experience in financial markets, business and talent management, international regulatory requirements, and operations. She has excelled in managing complex groups, collaborating across business units, and developing strategies to deliver research to clients. Prior to Credit Suisse, she was an Industry Analyst at Merrill Lynch.

Julia earned a B.A. in Applied Mathematics and History from Williams College and an M.B.A. in Finance from Columbia Business School.

We deliver a complete suite of capital market and advisory solutions to help our clients define and achieve their strategic, capital market, and investment objectives.

We are a clear market leader in partnering with innovative healthcare and life sciences companies to raise capital and position them for success in the public markets.

A global network of healthcare professionals which serves as the foundation of our differentiated advice to our clients.