Access to Key Opinion Leaders (KOLs) and healthcare-focused professionals within the MEDACorp network, helps to identify and deliver actionable recommendations to our clients. The MEDACorp network provides real-time insight pertaining to clinical development, regulatory headwinds (and tailwinds) and other commercialization dynamics providing invaluable guidance in the assessment of business and investment decisions.

Our network of over 20,000 academic physicians, office-based physicians, clinicians, regulatory and reimbursement specialists, attorneys, hospital administrators and more, have long served as the foundation of our differentiated research and guidance. Their expertise spans Pharma, Biopharma, Medtech, Diagnostics, Healthcare Services and IT with coverage of ~50 clinical specialties and 21 basic science disciplines.

We invite healthcare professionals to learn more about our network and the impact to be made on emerging companies and their innovations.

Contact us to learn more about our SVB MEDACorp Network.

MEDACorp’s rigorous compliance procedures and protocol are shaped by securities laws and regulations, and industry best practices. They are supported by our experienced internal compliance team and by our proprietary technology.

All MEDACorp consultants are required to sign our Terms and Conditions agreement which is structured to ensure compliance with applicable laws and regulations and prohibit the disclosure of material, non-public information.

Prior to all MEDACorp projects, all MEDACorp consultants must complete an online Disclosure Questionnaire and are asked to re-affirm that they will not discuss or disclose material, non-public information.

1. To educate and assist MEDACorp consultants and clients regarding material, non-public information, we have prepared a list of FAQs. 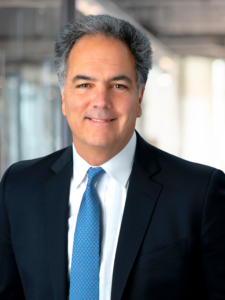 Robert Parente is a Managing Director at SVB Securities and the Head of MEDACorp. For over 20 years, MEDACorp’s global network of healthcare professionals has served as a foundation of SVB Securities’s differentiated guidance and assistance for its clients.

Mr. Parente joined SVB Securities in 1995 as its first Equity Analyst. He was an analyst for approximately 10 years, covering Biotech, Pharma, Medtech and Diagnostic companies and then transitioned to the Investment Banking team where he was Head of Venture Capital Services. In this role, Mr. Parente introduced the VC community to SVB Securities’s MEDACorp and Investment Banking services. In 2011, he became the Head of MEDACorp, the firm’s network of over 20,000 healthcare professionals, that expedite and differentiate its Equity Research and Investment Banking offerings. Prior to joining the firm, Mr. Parente worked for both Merrill Lynch and United Parcel Service.

He earned his undergraduate degree in Economics from Yale University.

to achieve your strategic, capital markets, and investment objectives.

Investors benefit from our depth of coverage in healthcare and technology

Subscribe to receive our thought leadership and marketing updates.

Thank you for visiting SVBSecurities.com. If you would like more information, please submit an inquiry below.